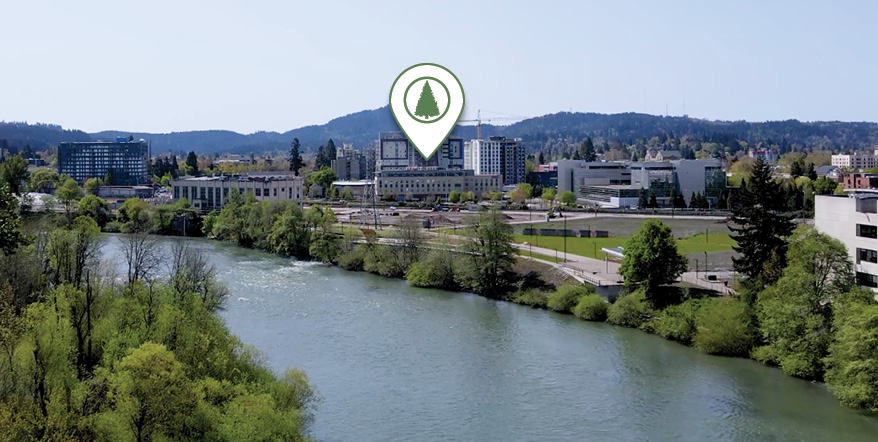 From our inception in 1949 as Weyerhaeuser Springfield Federal CU, through the first 65 years of growth in 15 Oregon counties, Northwest Community Credit Union was headquartered in Springfield, Oregon.

“When we were planning to move our support center, we considered several cities in the fifteen counties we serve. I was really impressed with Eugene’s plan for the future. I believe in the redevelopment efforts for the riverfront and along Broadway. I support the city’s vision for downtown. I could see it all in my mind! And I wanted Northwest Community Credit Union to be a part of it.” — President & CEO John D. Iglesias

In 2012, to prepare for the needs of then-and-future members and provide convenient access for business members in the area, the credit union leadership looked to the promise of Eugene’s emerging riverfront neighborhood to link Eugene and Springfield locations and extend our growing Willamette Valley network.

Today, we are proud to be at the center of the new riverfront community, with proximity to the Wayne Lyman Morse U.S. Courthouse, Whole Foods, Fifth Street Public Market, The Gordon Hotel, The Graduate Hotel, Bushnell University, and the University of Oregon. We look forward to the next steps of the riverfront development and steam plant transformation.

October 2012: NWCU announced a proposal to purchase property for the new construction and relocation of our Support Center, creating a new building at East 8th and Ferry Streets next to the Federal Courthouse. Eugene’s City Council approved the sale of the property to Northwest Community Credit Union in late October.

March 14, 2014: Topping Out Ceremony. This beam-signing celebrates the midpoint of constructions and marks the high point of the structural steel. It's a symbol of good wishes and positive intentions for the life of the building to come.

May 2015: Employees enjoy good weather by holding a yoga class on the rooftop! 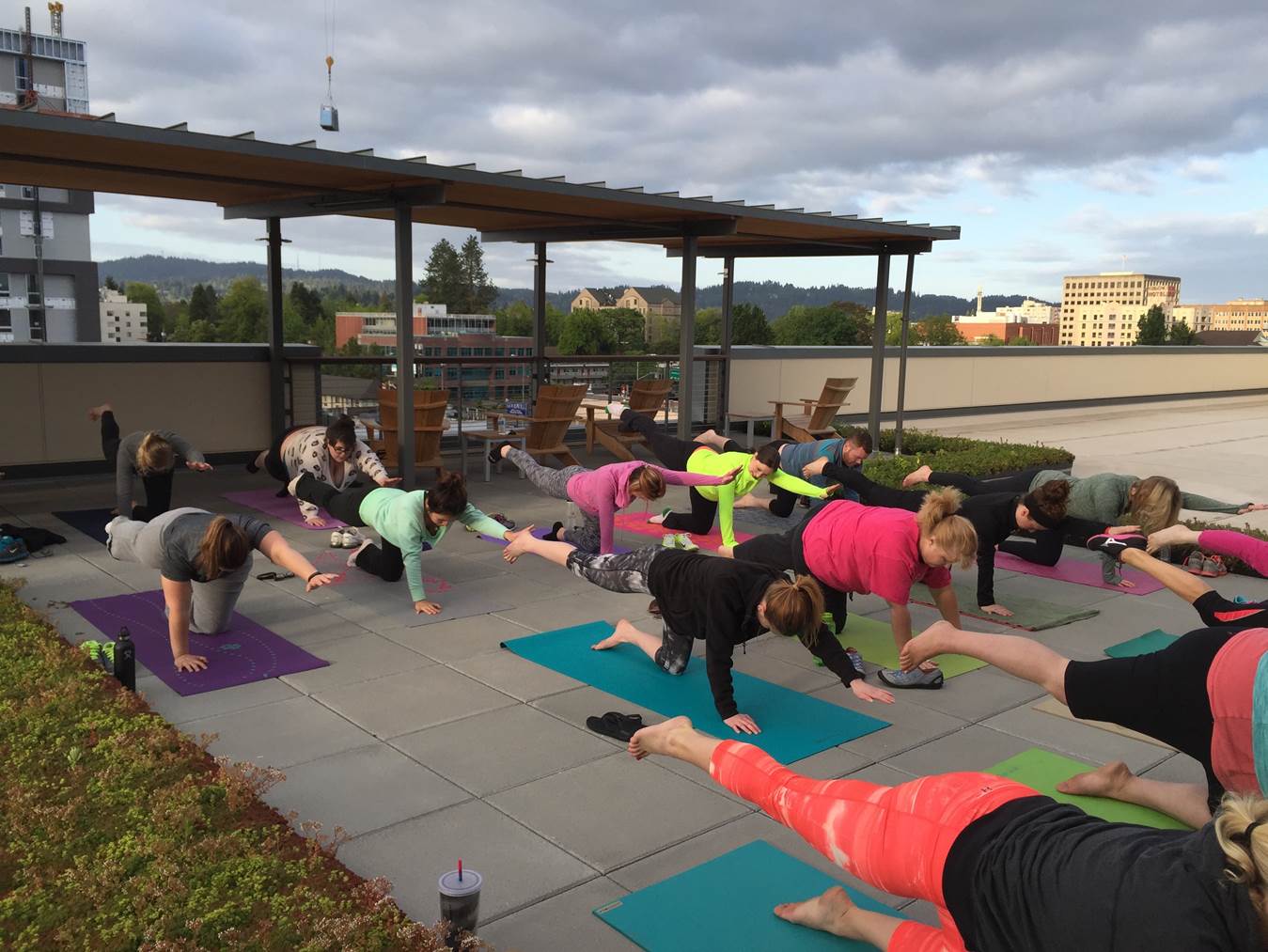 May 24, 2022: A delegation of the National Credit Union Federation of Korea is hosted at the Support Center. Dignitaries included Eugene Mayor Lucy Vinis and Sen James I. Manning, Jr. NWCU CEO John Iglesias presented the State of Oregon Proclamation denoting the month of May 2022 as Asian and Pacific Islander Heritage Month. 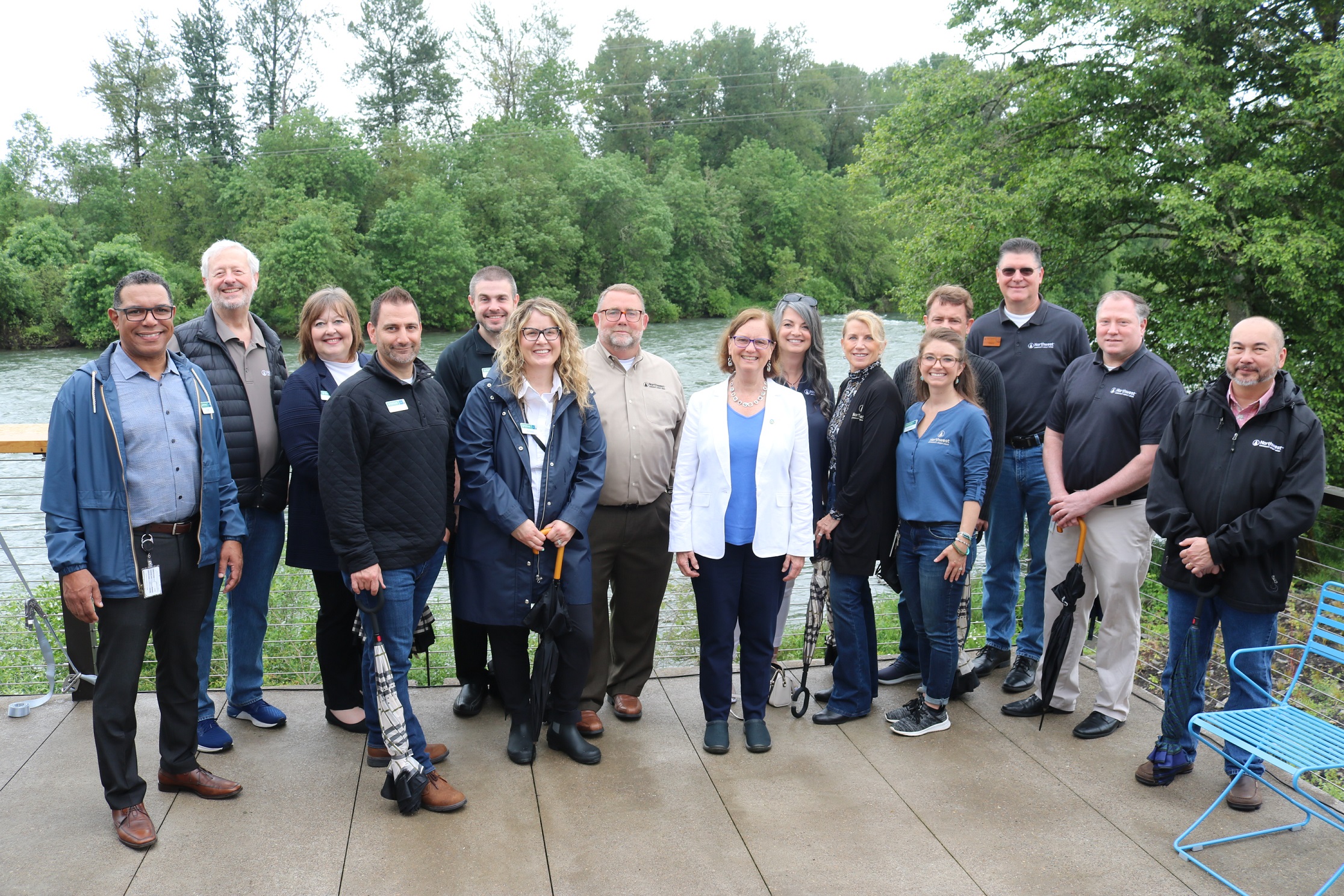 We're proud to be part of Eugene's riverfront revitalization efforts and are looking forward to supporting more in the future!