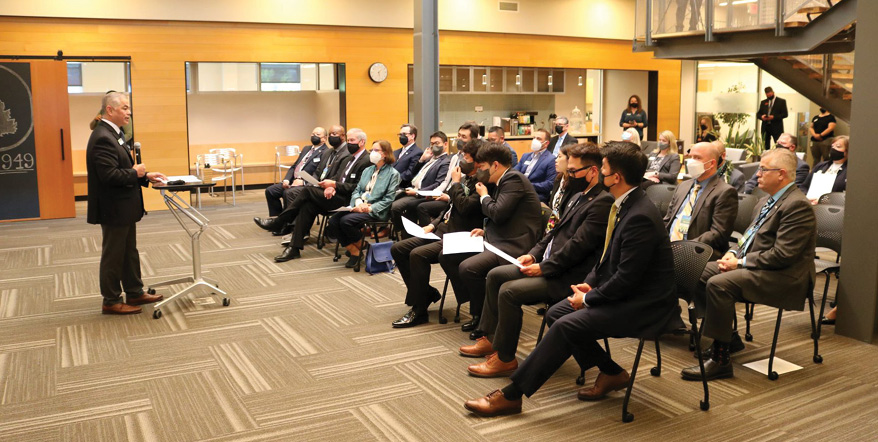 “There are many differences between the Korean and the US credit union system, but we share same values and spirit. From this point on, let's work and grow together,” said NACUFOK Chair & President Mr. Younsik Kim.

The Korean delegation visited Multnomah Falls and the University of Oregon campus, as well as several credit union locations in Oregon. The delegation was also received in a private reception, meeting Oregon officials in Eugene at the NWCU headquarters in the early afternoon.

The reception featured a reading of the State of Oregon Proclamation recognizing the month of May as Asian American and Pacific Islander Heritage Month by NWCU President and CEO John D. Iglesias. Iglesias presented the Proclamation in his role as Commissioner, serving the Oregon Commission on Asian and Pacific Islander Affairs. Remarks of welcome from Eugene Mayor Lucy Vinis and Oregon Senator James Manning, Jr. were also part of the program.

I loved the design and atmosphere of NWCU’s Downtown Branch and Premier Service Center. It gives me inspiration for our branches of the future, said Mr. Kim.

A dinner later in the evening at NWCU marked the exchange with the Korean delegation with gifts and discussion of a possible reciprocal visit to Korea for Oregon credit union leaders.

International Program Officer for NACUFOK Ms. Emily Kyungmi Kim said that the delegation was overwhelmed with the credit union’s hospitality and felt great gratitude for the experience.

We had no idea that the Mayor and the Senator and many employees and members would come to greet us. We were so honored! We thank you, said Ms. Kim.

NWCU has been seeking ways to create international credit union ties and learning opportunities; assisting with the exchange was a first step.

“We saw it as a rare opportunity to get to demonstrate to our own communities how we’re connecting through culture and credit-union-to-credit-union engagement. It just shows that even in a global economy, all business is local,” said NWCU President and CEO John Iglesias. 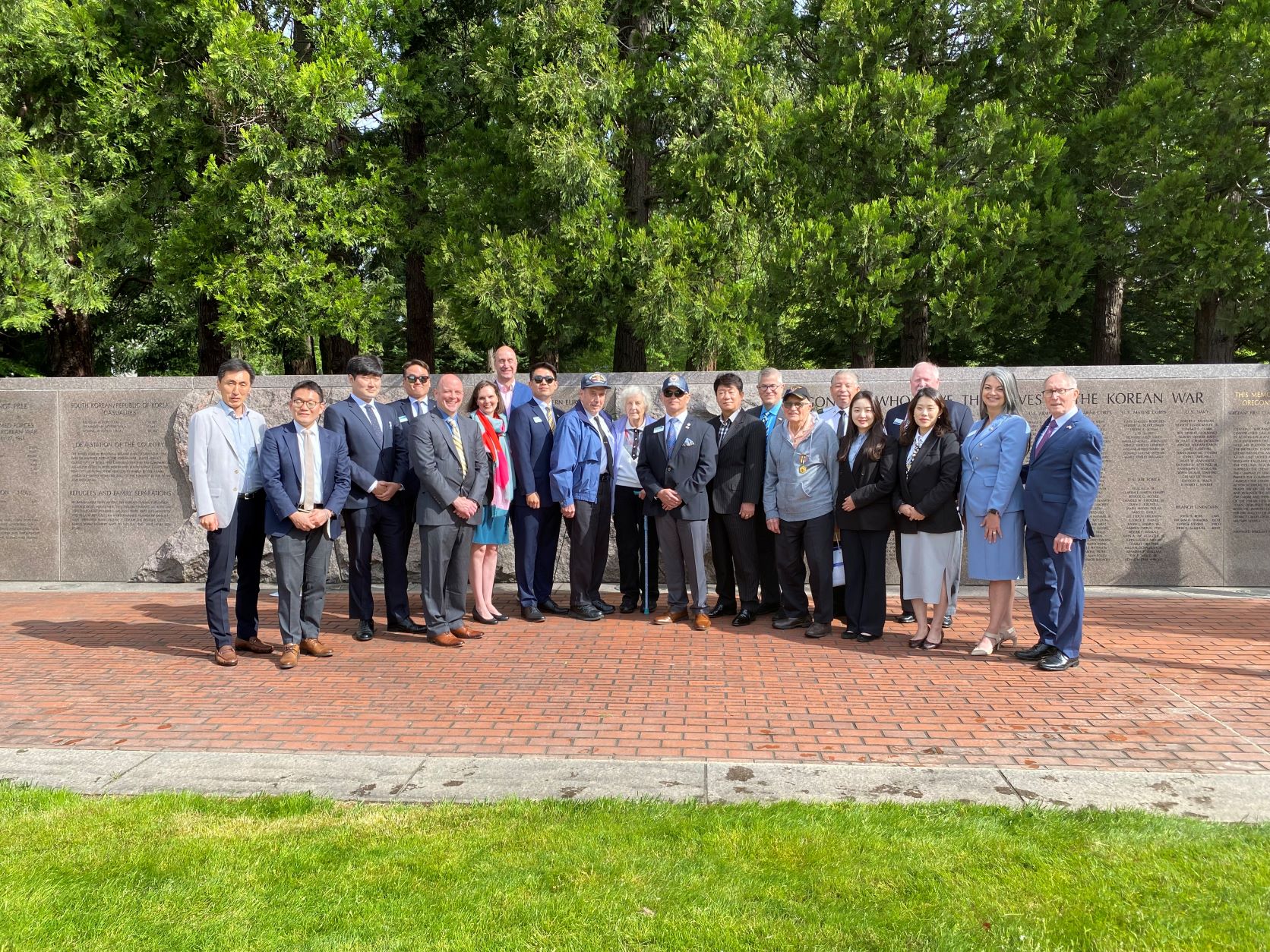 “Because so many families’ members experienced that war, many Oregonians know of Korea in a way that is unusually personal—there's a heartfelt connection,” said Iglesias. “It was our honor to remember together with the NACUFOK delegation.”