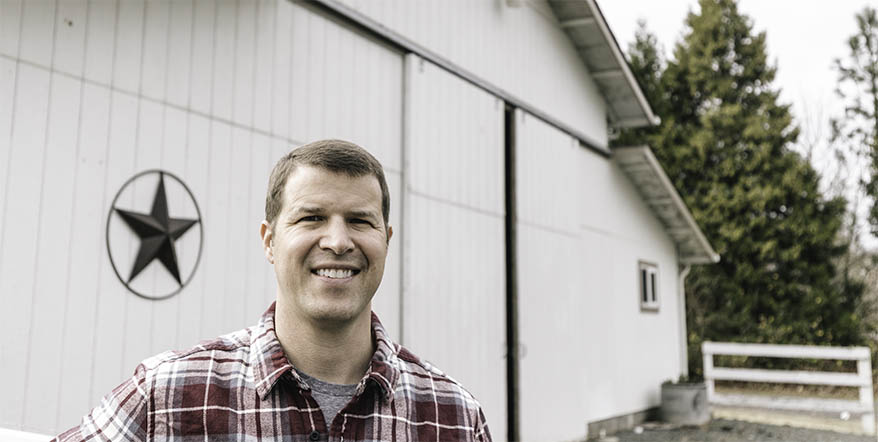 Uncommon Oregonians: Dentist with a Vision

Dr. Justin Buchanan, DDS is one of those guys who people quickly describe as “genuinely nice.” Everyone seems to like the man, including his partners and patients at Bigelow, Pastrell, Buchanan & Hartzell Dentistry.

From an early age, Justin knew he wanted to be a dentist. It runs in the family. His older brother, father, and grandfather have also practiced dentistry, helping people love their smile and improve their oral health.

To become a dentist, Justin had to get his degree. That required four years of school at Indiana University. To help pay for it, he applied for a military scholarship, which required four years in the army. So, when he found himself serving one of those four years in Iraq, carrying an M-16, and traveling from one military installation to another to attend to the dental needs of service-persons in a warzone, Justin made some serious life choices.

“I was ready to fight at a moment’s notice,” Justin recalled of his time in the military. “I’m just a dentist, I thought. What the heck was I doing here? It was scary at times. And I had two kids and a wife back in Fort Lewis, Washington. When I got back, we were going to move somewhere safe, quiet, and friendly.” 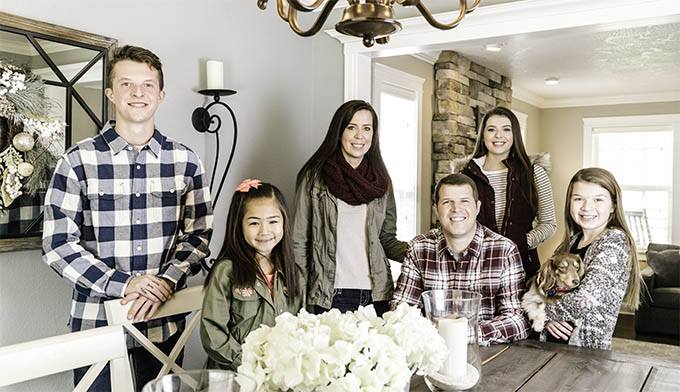 He and his wife found Grants Pass, Oregon. They also found Northwest Community Credit Union shortly after he became a partner at his practice.

“I had been referred to the credit union by Dr. Pastrell,” Justin said. “It’s great. We’ve since moved our car loans over to the credit union, helped our oldest buy his first car, and we opened up an Equity Line of Credit so we could start remodeling the home we had just purchased.”

Five years ago, Justin and his wife found a farm in Grants Pass and fell in love with the place. Luckily, the people who lived there were looking to downsize and move into town. Both families agreed to buy the other’s home. The Buchanan family happily moved into their 4,200 square-foot farm home and populated the eight acres with horses, donkeys, goats, ducks, dogs, cats, and a chicken. 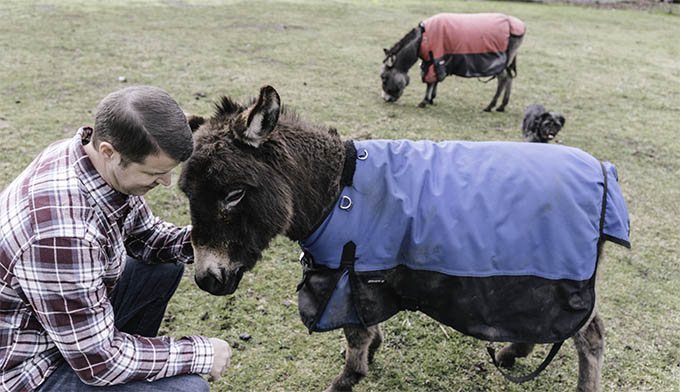 The farmhouse needed some renovation. Justin and his wife had plenty of ideas and a vision to get it done. The Equity Line of Credit made a lot of it possible. In addition, Justin used his Northwest Visa® Rewards Card to buy the wood and other building supplies he needed to finish the crown molding, install the hardwood floors, update the entire kitchen, and more. He’s quite the handyman.

The couple’s remodeling plans were nearly complete when a small bit of upstairs plumbing set them back months if not years. An upstairs toilet ran for eight hours straight, overflowing and causing water damage to 60% of the house.

“Normally, I would have fixed it all again myself, but it was just too big,” Justin added. “We hired a construction company that does fire and water damage. They cleaned the mess. Things are finally getting back to normal. We have spray texture on the walls and ceiling again.”

Today, the family has nearly completed the second remodel and looks forward to enjoying their new home in the country. For Dr. Buchanan and his wife, it’ll be an opportunity to add up all the points they’ve earned using their Northwest Visa® Rewards Card for so many purchases over the past few years.